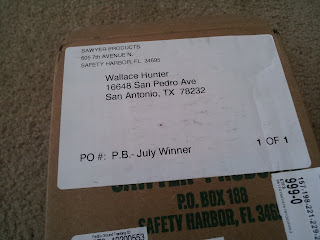 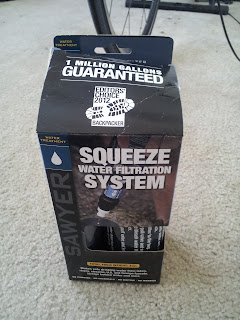 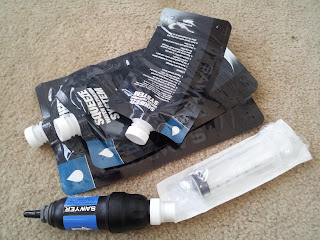 I have been reading this thread on the BackPackingLight.com forums about ethical means of obtaining packets of sauces that hikers desire.  My choice is to have McDonald's Salsa packets.  They are yummy and go with so many things.  For me specifically egg tacos in flour tortillas!

So I just walked right up and asked the manager if I could buy them.  She told me my options were to buy a whole box of 408 packets for $12 or half of that box for $6.  But since she had an open one she sold it to me for $10.

Tents have been something I love to look at and explore the options available.  There are several types that I know and consider let's look at those options:
Double walled tentSingle walled tentTarpBivyHammockThere probably are more options or subdivisions, but I will leave it at these options.  Since I was a younger man I have always had a double walled tent.  My first tent I remember was double walled, but I cannot recall the brand or version name.  Today though I currently have a double walled tent from MSR called a Hubba Hubba. This tent has been unstoppable for Annette and me.  We used this through Europe camping on and off for months at a time.  Then we got home and ran a whole season of mountain bike races in it.  Then the tent was put away while I travelled for work.  When we started back up camping, we noticed that the seam tape was peeling off the seams of the vestibule.  So we contact MSR, at the suggestion of my buddy Aaron (smart guy).  Low and behold, MSR replaced the …