Shots from the Team Replica build

Posted by Wallace Hunter on August 14, 2012
I realized that there were a few photos of the Fuji Team Replica that I thought I had lost.  I did remember though that I have a new computer and that they were actually on the desktop of the old computer.  So I fired up that little netbook, and yielded those photos for your enjoyment and documentation.  Here are a few shots of the bike straight away out of the box and onto the build stand. 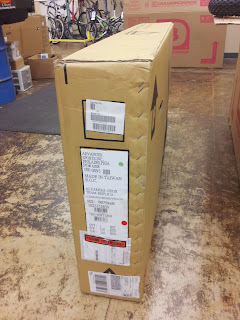 The box shows that this bike is a 50cm frame.  It is a compace frameset and crankset.  But in all honesty is is a 54cm frame for the effective top tube length. 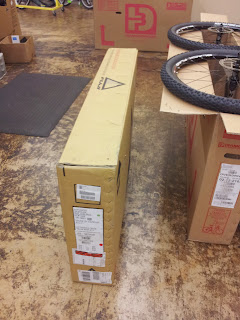 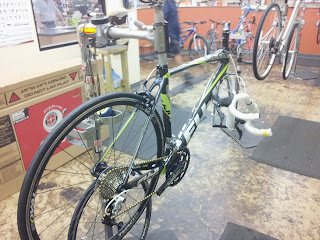 The bike comes mostly preassembled.  As this is a large production company and not one that focuses on the utmost quality standards... you only have a few steps to get up and running.  Cutting the steer tube, mounting the handlebars, installing and adjusting the brakes, then fine tuning the components so that they are safe and satisfactory. 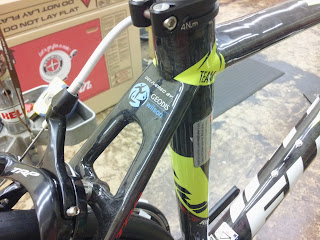 The logos and paint job are just awesome.  I read the reviews for this bike before I received it.  They all stated that you would get a lot of compliments due to the loud and attractive paint scheme.  On my first day out, when I ended up at Starbucks... 5 people stopped to compliment the beauty of the bike.  I was flattered.  Had I bought the same bike without this paint job, I bet they would have walked past. 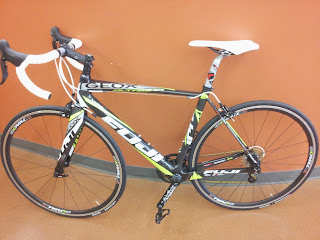 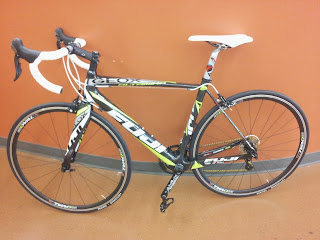 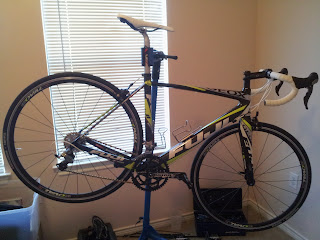 Here is my manzone at home (second bedroom) and the bike on the Park Tools stand at home.  I feel privileged to own something of this caliber, even though it is not the finest or most idealistic of products.  I am doing the best I can, and for me this is a real gem.

After reviewing this Six Moon Designs Lunar Duo tent... we decided this is definitely the way we are going to go with our tent choice.  Please watch this video review and let me know if you have any comments or questions.